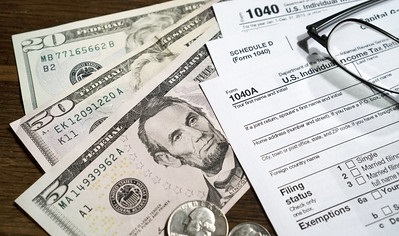 Should you be concerned about rising taxes?

There has been a lot of talk recently about current proposals in Congress around tax policy.  The administration has proposed targeted tax increases as a way to fund the various spending bills they have put forth.  Anytime Congress talks about raising taxes, investors naturally get nervous.  Should you be worried about these proposals?

What is being proposed?

While there are a lot of details, the biggest changes would be to:

The first thing to note is that these increases are heavily targeted at high-income taxpayers.   While nothing is certain until a bill becomes law with the President’s signature, these are huge bills with a lot of details and moving parts.  The sausage-making process, especially in a tightly divided Senate, means that the bills that embody these proposals will take some time to negotiate and pass (if they ever do).  While it is possible that tax changes might be in place for the current 2021 tax year, it is far more likely to affect taxpayers in 2022 or beyond.  Especially with changes like these, Congress has traditionally given taxpayers time to plan for the change.

Simple questions sometimes have complicated answers.  We have to look at proposals like this from two perspectives: the direct impact and possible indirect impacts.  You likely only need to think about this impacting your tax situation directly if you make over $400,000/$1,000,000 per year.  If you are earning that much, congratulations!  But it also means, you might have some tax/investment planning to do.

The other possibility is that market participants might game things out and decide that these higher tax rates might cause an economic slow down or selling in the market to book gains at lower rates before the increase goes into effect.  If the market thinks this is a major deal, we might see a decline which affects all investors, not just those with high incomes.  But, let’s look at the market already for clues.  We have seen more volatility recently, but the market has powered higher and has hit new highs as recently as Friday May 7th, 2021.  These proposals have been out there for quite some time and investors have had time to assess things – on balance, the market doesn’t seem too concerned.  This means that most investors believe either (1) these proposals will not become law; or (2) they will get watered down before passed.

Should this affect my long-term planning?

I rarely recommend portfolio moves based on bills in Congress or proposals.  There are so many unknowns that I prefer to wait until we are nearing the finish line or a bill is signed into law to know the actual changes, when those changes become effective, etc. before recommending actions.  However, if you are lucky enough to be in those high-income categories, there will likely be some tax and investment planning to be done.  It is likely that we could see high-income earners managing their incomes to try to stay under the new limits or increasing their reliance on charitable strategies.  This will place additional emphasis on tax sensitive investing strategies, including the attractiveness of municipal bonds and strict harvesting of tax losses.

What is the bottom line?

These are still proposals and nothing to worry about right now.  Pay attention to the sausage-making factory in DC and see how things get adjusted as negotiations happen.  It wouldn’t surprise me to see some version of these tax increases implemented.  However, as with ALL things in financial planning, be patient.  There is no reason to jump to conclusions and act before more is known.  I’ve heard this advice somewhere before.. Take the time to Invest With A Plan.